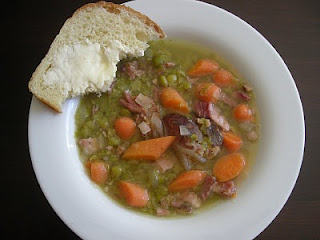 I have had a lot of jobs. In high school, I worked in restaurants, then in retail clothing sales after college. At one time, I did a stint promoting Diet Coke on various college campuses across the country. I settled into being a cosmetics sales manager then got tired of that and began working for Origins as a make up artist, district manager and ultimately an account executive. Once that gig burned me out, I got my licence to do nails and did that for a while, went back to Clinique as an AE and got burned out again. Went back to school for my skincare license and did that along with nails for a few years. Clinique lured me back to do interviews from home which I don't feel is all that exciting but it helps to pay the bills so I began searching for something more interesting and fulfilling; hence the writing thing. Oh yeah, and I still do a few of my nail clients on the side.
I also make soup. It began with that crazy business venture that I got into last February where I almost ended up in the hospital from the stress of it all. You would think I would have thrown in the towel completely. But there were a few people who supported me every week, buying soup, entrees, desserts, you name it. If it was on the menu, they wrote a check for it and a happily ordered again for next week before they even tasted what was in the brown handled bag. It was so hard to tell them that I was bowing out of the business and that my partner may or may not keep things going. (She did not.) So, how could I say, "No" when a few of them asked if I would possibly consider just making soup?
Elaine,Carol,Lynne and Janice. When I hand each of them a bag with their soup bread and butter,say, "Thank You" and explain next week's soup flavor, each one shakes her head and says, "I don't care what it is, just bring it." I'm not sure if its out of kindness to help me make a buck or if they truly don't care because they always seem to like how it tastes. I hope its the latter although extra cash is always helpful. Elaine once told me that she doesn't like mushrooms so I refrain from making cream of mushroom as an offering but I did make hot and sour soup loaded with them on two occasions and she didn't balk. And believe, me she would mention, in a gentle way that something was not her favorite. Carol used to say, "I don't care what it is as long as it's not chicken noodle" It seems she had an unpleasant experience with the chicken soup that stays with her to this day. However, I have made the Greek version with orzo, spinach, eggs, chicken and plenty of lemon a few times. She really seems to like it. Lynne seems so happy each Thursday when I bring her soup since she doesn't have to cook that night. I hunt her down in the wing where the kindergarten classrooms are at the East Falmouth School. She can always be found bending over one of the kids, helping to spell a word or doing a puzzle. Janice is probably my biggest supporter. I bring her soup when I do her nails on Thursday afternoon. She is always trying to figure out new ways to help me make some cash, whether by buying a pie from me at Thanksgiving, or buying my cookbooks and giving them away in the hopes that someone will see how "promising" an author she thinks me to be.
The soup, bread and butter are all easy to make. But I really like tweaking the recipes to make each item extra special. I enjoy choosing the new soup flavor and begin to think about what herbs i should mix with the butter that will go on the bread to accompany it. I think,"How can I improve the bread or maybe I should change the regular yeast dough to cornbread if I am offering chili that week?" I want to continually make it better, more delicious, exceed their expectations. After all, these ladies do more for me than give me money for my work. Their praise is uplifting. They seem truly excited and I believe they look forward to their soup delivery every week.
There are post it notes with descriptions of how I have adjusted various recipes all over the pages of my favorite soup cook book. I'm looking forward to making the Chili Con Carne recipe for this week. I don't know what extra pizazz it will need until I begin to taste it. I think I'll add mild green chilis to the cornbread for some interest and flavor and make some cilantro and lemon butter to accompany it. I hope the ladies will like it. I know its really only soup but its the best way I can show how much I really appreciate them.
at December 10, 2010