Holding on to Summertime 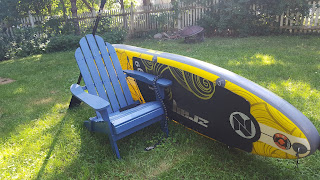 What is it about August that I dislike so much?  The hot, humid heat in the early part of the month is a given.  The sweaty, sticky feeling of the oppressive air at 6:00am, just as the sun is rising letting you know that you're in for another day of being trapped in doors, a slave to the A/C or putting your chair in the water while watching your hooligans at the beach.  There is absolutely no relief other than spending all day in the freezer aisle of the supermarket which is its own quiet hell especially while this town is still packed to the gills with tourists. And those neon ice pops and 2 for 1 ice cream deals will lull you into to believing that frozen dairy is a substantial enough dinner.
Or maybe it's the thought of going back to school, back to reality?  That dull weight of feeling that it's the end of the summer, the end of fun, the end of freedom, the end of long days spent reading on the beach, wading in the waves, daydreaming while laying in the cool grass and looking up at the clouds floating through the bluest of skies. Wait-is this how the kids feel, or is it really me?  The kids seem a little sad but ready.  Their excitement to get back to school, back to friends, back to fall sports is a feeling I knew so well.  It's electric, the anticipation of possibility and what the school year might bring.  Exciting.
I used to love back to school when I was their age, too.  I even loved it when I worked in retail long before they came into my life.  All those fall colors, heavy sweaters, tall leather boots and cool new denim styles.  I couldn't get enough of it. And when the kids were little and took so much of my daily energy just to keep them happy, clean, fed- alive, I was glad to get a little rest when Tuesday after Labor Day came around, again. But now, not so much. 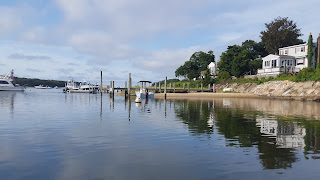 Maybe it's because they are getting older and it's becoming so obvious that they need me less and less.  I can see the end to all this back to school stuff in sight, now.  I feel a little sad this year.  Ava is going into her second year of high school and my little man, Declan is finishing jr high.  There are not many more "back-to-schools" left before the college years begin.
If I could just somehow bottle it all up, keep it going forever, now that would be something, wouldn't it?  Keeping all the best times: jumping off the dock on a perfect sunny day, puffy clouds in the sky, a light breeze in the air, feet in the sand, and forgetting about the bad times: when your thirteen year old boy doesn't understand why you won't let him dive head first from 12 feet high into the murky salt water below.  Then pouts with his back to you until Gramma Val arrives to buy him an ice cream.  (All better, now.)  In an effort to hold onto all of it til the bitter end, I'm trying to pack it all in: a trip to the water park, a Labor Day party at Val's house, as many hours spent on the beach and paddle boarding as humanly possible.  There are only a few days left until September swallows summer up and lazy afternoons on the beach turn into after school cheering for the kids on grassy fields, homework and sweatshirts. 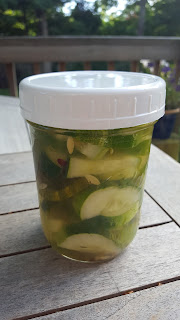 When I am really desperate to hold onto summer, I make pickles.  How else to preserve all that bounty from the garden?  This year, my little garden produced lots of cucumbers and not much else.  Feel free to sub out other vegetables for this quick pickle, such as green beans or fresh corn.  If you are canning to save all this garden goodness for later this winter, please consult the correct canning instructions such as those found here: https://www.bhg.com/recipes/how-to/preserving-canning/canning-and-preserving-charts/  Otherwise just quickly make this recipe and keep in the refrigerator.  Eat them within 2 weeks. 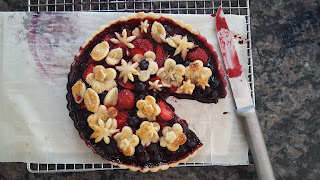 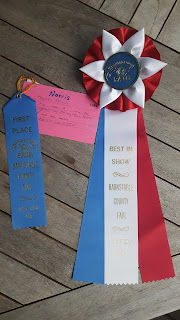