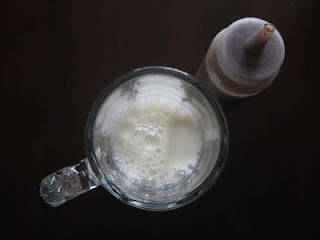 My adorable,sleeping 5 year old son drooled all over the clean sheets on my bed. Not only did he wake me up with a loud thump and screaming wail, when he managed to fall out of bed at 1:30am, he pleaded to come into my bed and since my nerves were so rattled, I agreed. This little peanut then proceeded to hog my half and then his father added some loud snoring to ensure that I would not get back to any sort of restful sleep. I was driven to the couch downstairs. I knew that turning on the TV would mean I would be up for at least 2 more hours before I would finally drop of to 15 minutes of blissful sleep before my alarm went off.
When I need to use the TV as a sleeping aid, it's important to select the right show.
One that will not quite hold my attention so that I can actually drift off. The subject matter must be light but, again, in no way engaging- not too funny where I find myself listening to the jokes and absolutely no competition shows that will suck me in since I have a need to know who finally wins. Certainly nothing disturbing or jarring to add to my building middle-of-the-night anxiety. (You would be surprised at what kinds of freaky programing is on in the wee hours.) I continued to flip through the channels, squinting my dry eyes to read the digital information at the bottom of the screen. I finally settled on something mindless and burrowed down into the couch pillows when I realized that I was into it, I was actually watching... Why did I care what Paris Hilton was doing? AARGH! My fail safe, Food Network does no good either. "Cup Cake Wars" is not only a competition, it's arguably the worst show in their line up which causes me to be annoyed rather than helping me to get any shut eye. So I continued to flip, flip, flip, there are a million channels but I had trouble finding a suitable sleep aid. Finally! "St. Elmo's Fire", a truly horrible, classic movie from the 1980's featuring the "Brat Pack" that I probably saw in the theatre when it first came out. (Don't judge, I saw you there.) I've never been so thankful to see something I have probably watched a portion of a zillion times before but have never enjoyed so much to be immersed in the subject matter. Perfect. As I felt my body begin to relax and I snuggled up under the blanket, there it went, my stomach growled. Seriously? Now I have to take care of this issue? Before I flung off the blanket and got up to check the fridge, I mentally went through the inventory. What will work to take the edge off and still get me back to sleep? Liquor? Probably a bad idea. Tea? Takes too long to make, then I have to let it cool before I take a sip so I don't scorch the roof of my mouth (which I pretty much always do). Hot milk? I have no idea why this works for some people, it just leaves an icky taste in my mouth so I have to go and brush my teeth before I can settle in again and then there's that scorching problem. All right, I finally got it. Chocolate Milk. But not just any chocolate syrup will do. It must be rich and dark. Nothing imitation. (Yes, I am still a food snob in the middle of the night.) Thankfully, I made up some chocolate syrup for the kids yesterday afternoon. Yes! There was still some left; those kids would eat it by the spoonful, if I let them. I quickly mixed the sleep elixir and settled into the scene where Demi Moore's character, "Jules" hits rock bottom in her tacky, trendy totally 80's apartment complete with a monster sized likeness of Billy Idol on a hot pink wall.
Declan is no worse for the wear and has survived last night's episode. However, he claims he hurt his back. As he sings a song about it while laying on his bed tossing his stuffed dog in the air, he yells out to me, "Mom, did you know I write my own songs?: "I hurt my back, back, back, yeah!"" I'm amazed by the energy level. I've been dragging my ass around all day even though I only lost about 2 hours of sleep. I guess I'll have to use what's left of the chocolate syrup to make a mocha coffee caffeinated pick-me-up to get me through until I can put on my pajamas and go to bed.

This chocolate syrup is really runny and works best when mixed with other liquids rather than as a dessert topping.

Place water and sugar in a medium sized sauce pan. Heat on medium high until sugar dissolves. Add cocoa and coffee. Whisk to combine. Bring mixture to a boil, then turn down to a simmer and cook for 3-5 minutes until mixture thickens. Remove from heat and let cool. Pour into squeeze bottles and refrigerate until ready to use.
at June 14, 2011